Dnano what the rc home series released by Kyosho 10 years ago. Same quality of the Mini-Z but smaller in 1/43 scale. Every dnano has integrated a transponder for the kyosho lap counter.

Until now i had only 1 Dnano; a blue R34 GTR, bought 10 years ago but still strong. Some months ago i bought two dnano new in box; a R35 GTr in white and a "La Ferrari" in classic red. I got also a used Audi R8 with upgraded chassis with better differential and a micro gyro for better stability.

The dnano are really a masterpiece; they are fast very stable, ultra response and the body is ultra detailed like static model. 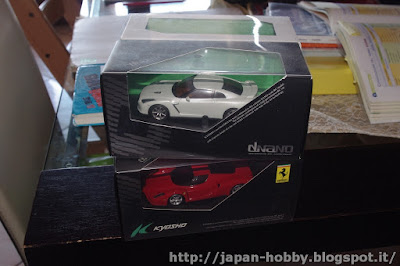 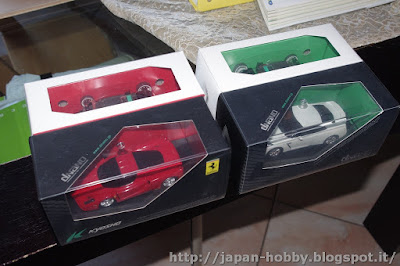 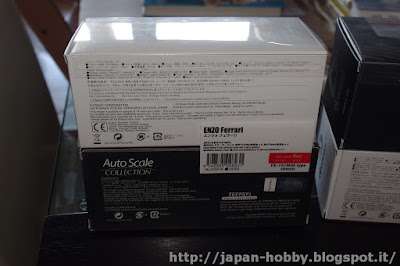 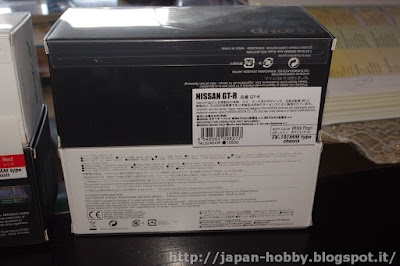 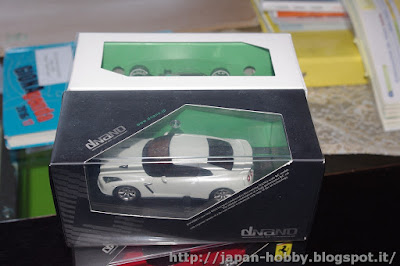 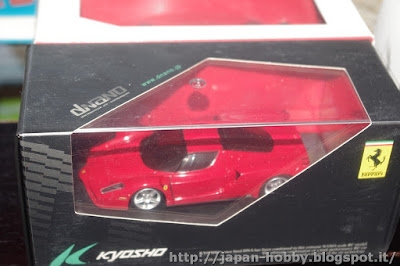 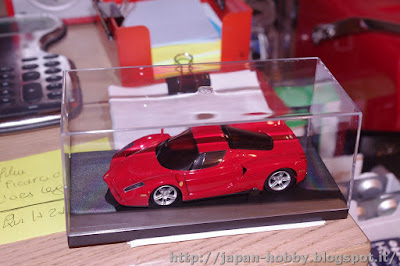 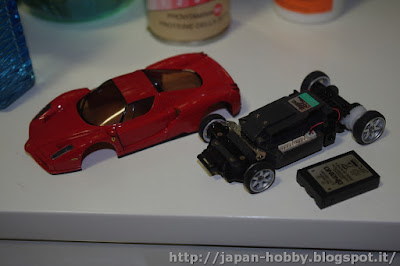 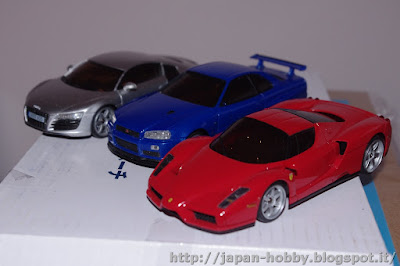 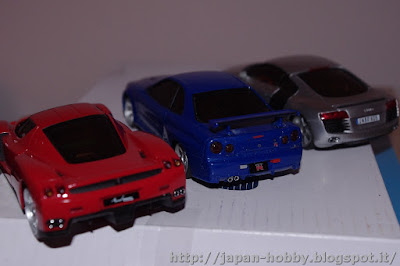 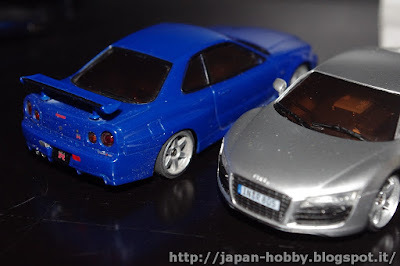 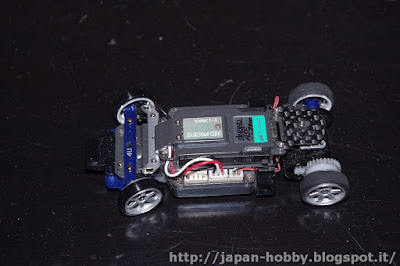 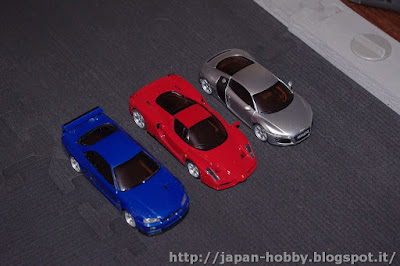 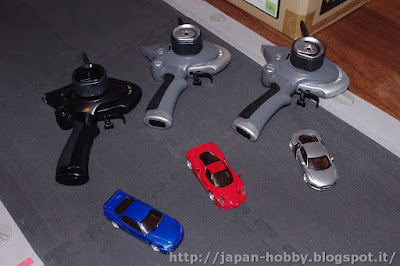 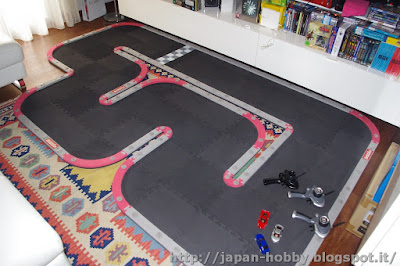