Some weeks ago i found this nice piece of kit new in box. It is the official helicopter Heim mechanik in EP version, by Graupner, called uni-mechanik 40 Elektro. During the second half of '80 and '90 the Heim has been one of the most hely mechanic sold in that period. This is one of the lastest version of heim with the servos fitted in the mechanic and not in the fusolage like the first hely heim mechanic.

The kit comes with his original EP motor Graupner Ultra 1300 and 2 x 12N batteries. So every pack has a nominal voltage of 14.4v for a total of 28.8v. The packs were released by Sanyo so from the best factory of NC batteries of that time. They can store 2.3Ah

I tried to charge/discarge the packs and they still hold a rock 2Ah. Really incredible of a 20 years old pack battery. I own also an original graupner lockeed 286 body of time so i could use this fuse with this mechanic. 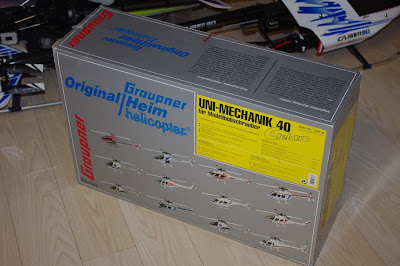 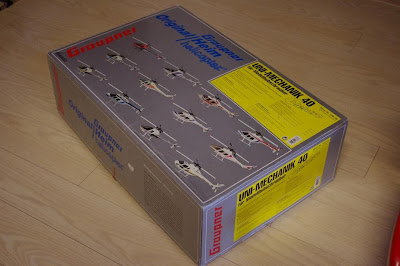 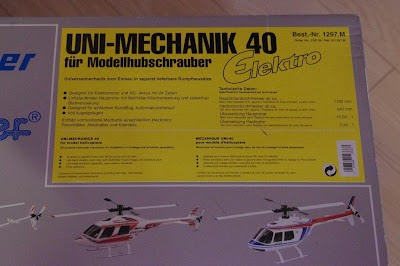 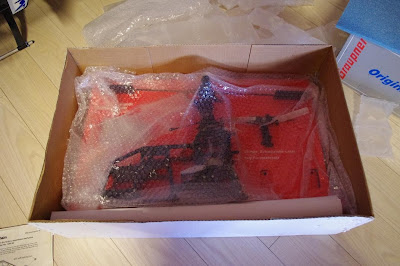 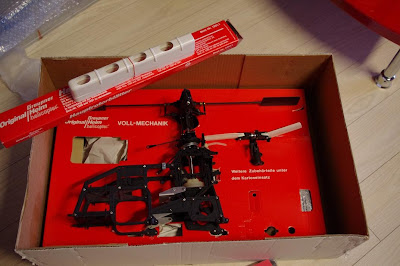 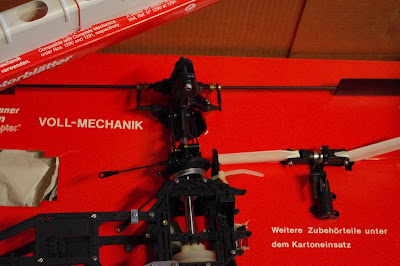 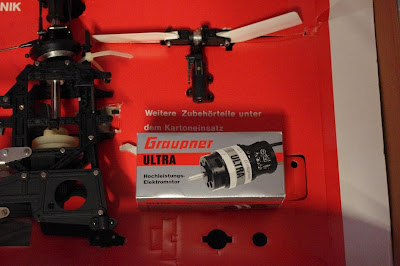 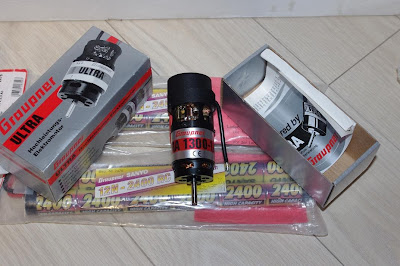 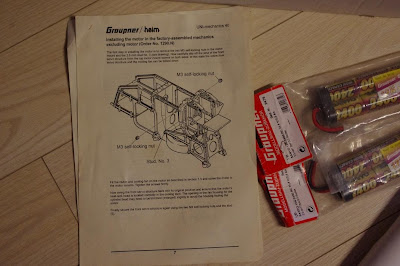