Here is a very rare Multiplex Amphi car (35 4380 code). It has been produced in the 80'. It's in mint conditions, NIB, and comes with all parts. The car can run in the road and in the water.


At time It was sold in two versions. Firstly, as an open two-seater, as well as a pick-up truck. The "amphi" consists in an ABS-deck, and a bottom tray, which is constructed from the outer and inner shell. The drive takes place on land, over a 60-Permax motor with 2-speed gearbox with a 20:1 reduction. A second Permax 60 drives directly to the ship's propeller. Originally from country ride a speed and direction position with a mechanical speed control was possible, while the engine of the screw shaft was connected via a micro switch. The change in direction in the water is via a built-in tail rudder that is coupled to the wheel steering.
The car is is 48cm long, 22cm wide and weighs about 3kg. The "amphi" cost in 1984 in two variants about 110 Euro,

I found it in my local old local shop. 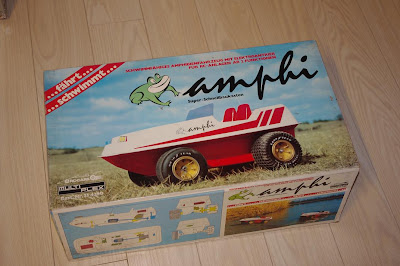 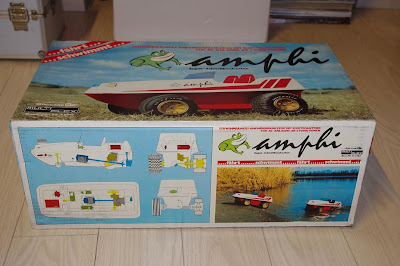 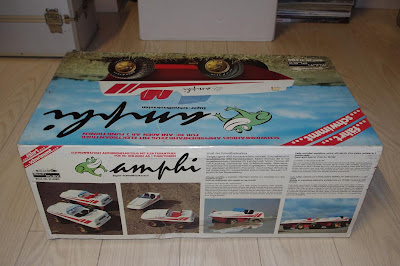 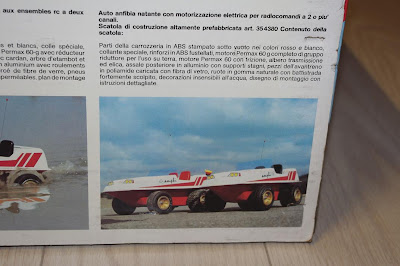 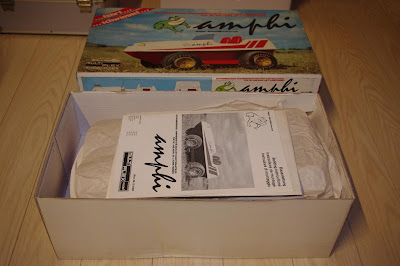 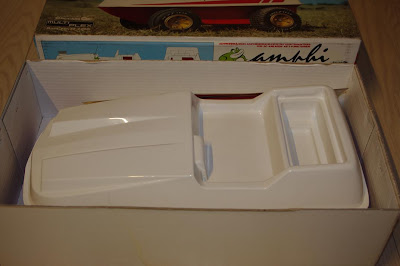 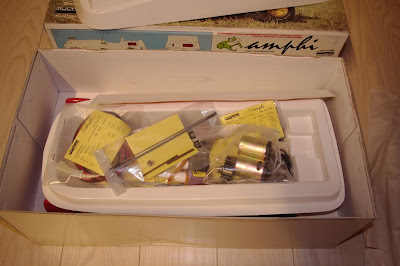 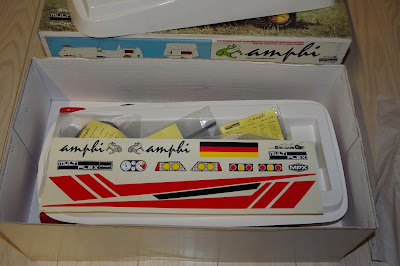 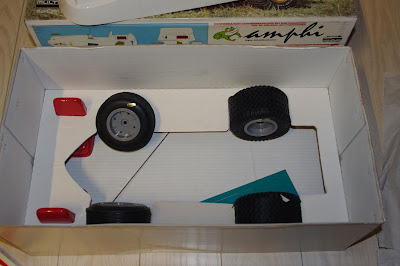 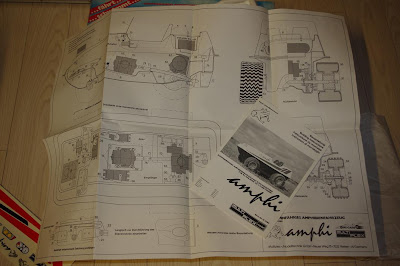